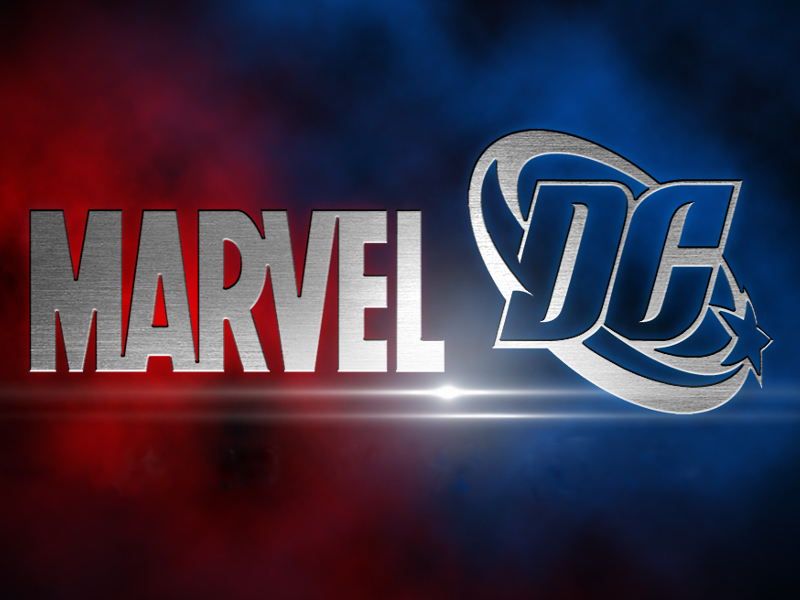 This year’s San Diego Comic Con has come and gone, leaving us with a lot to look forward to in the next few few years of geek movies and television. The biggest debate I’ve seen on social media is the ever present rivalry between Marvel and DC fans. The same question presents itself every time one of the comic companies releases information on its newest film: whose franchise is better?

This year, Marvel’s trailer for Thor: Ragnarok showcased the budding friendship between Thor and Hulk, who’s not only talking but cracking jokes, as well as a team-up with Loki and Valkyrie to defeat Hela.

As a person who didn’t grow up reading comic books and graphic novels, there’s a lot about these characters and their worlds that I don’t know. What I have learned so far has been from fans on both sides with explanations, suggesting comics to start with, and what’s being shown through the cinematic universes that are one of many that make multiple versions of the same characters both possible and canonical.

One thing I have noticed is how strained the relationship between the two factions is. Instead of combining their forces to help new fans like me feel welcomed into the fold of comic geekery, “fan boys” are so busy at each other’s throats fighting on whose franchise is better; who has the best characters, whose movies are doing it right, and how the other one needs to learn from the theirs.

If you talk about a Marvel movie, DC fans will come from the woodwork to tear down anything Marvel has ever done, withholding any compliments on what they’ve achieved so far within their cinematic universe. Mention something about a DC movie you’re looking forward to, and Marvel fans will jump in just to say that DC is behind on their movies and that a certain director doesn’t know what he or she is doing. It’s disheartening when someone who is seeking information about characters she’s growing to love is met with hostility between the fans of these companies who are too busy fighting each other in the comment section of any social media platform to welcome new fans with open arms and teach us what we need to know.

Then there’s a third group; the ones that have been fans—probably as long as I’ve been alive or longer—“gatekeepers” who think they’re superior to everyone else because they’ve been in this longer and therefore must contain more knowledge. They feel the fandom belongs to them because they were raised in it. This group of people uses intimidation tactics to try to vet out fans who are worthy of their conversation, because they only want to talk to people who know what is going on and believe the same way they do, instead of teaching a new generation of fans.

Instead of fighting each other on whose company won this year and every year, we should be focusing on the fact that we the geeks are the ones winning. We’re not only getting amazing Marvel movies, but amazing DC movies as well. Fans like me who love characters from both sides get to enjoy double the entertainment, and experience double the joy of seeing our favorite characters on the big screen portrayed by amazing actors and actresses. Even if you only like the characters from one, there should be a mutual respect among fans because we are all here for the same thing.

The love I have for Spider-Man doesn’t diminish the joy I feel when I see The Flash. The emotion I felt watching Wonder Woman won’t be lessened by whatever I feel when I see Black Panther. I’m looking forward to each and every movie Marvel and DC have coming out, and I eagerly await even more announcements for future films.

As a geek in 2017, I count myself blessed to be able to see these movies that older fans have only been dreaming of for decades. So who won SDCC? We all did, and it’s time we start realizing that it’s perfectly alright to love both Marvel and DC Comics, as well as their Cinematic counterparts.

got a nerdy mind? Write about it! Take a look around to see what we’re about, and contact us with anything you’d like to write for us or read from us. Keep up with Nerdy Minds by following @NerdyMindsMag on Twitter and liking Nerdy Minds Magazine on Facebook.

One thought on “MARVEL vs. DC & Who Really Won SDCC?”