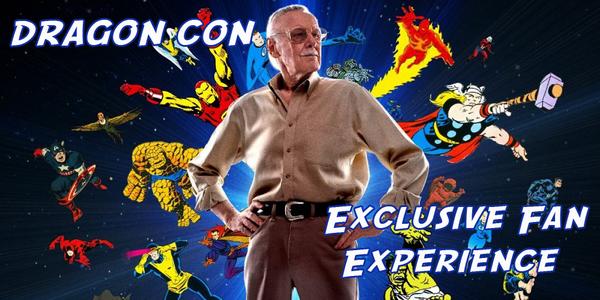 A legend is someone whose accomplishments influence the world we live in and whose name and impact will live on beyond his mortal life. Stan Lee is such a legend.

“Known to millions as the man whose superheroes propelled Marvel to its preeminent position in the comic book industry, Stan’s co-creations include Spider-Man™, The Incredible Hulk™, X-Men™, The Fantastic Four™, Iron Man™, and hundreds of others.” source POW! Entertainment (Stan Lee)

“The Real Stan Lee”, now at the age of 94, has lived a very full life, but as we all know with age comes the need for more sleep and less fun (I’m not even thirty yet and I already know this to be all too true), and as such, he has decided to put an end to his convention-going days. Stan Lee has had to cancel a couple appearances already due to a couple of health hiccups, but we have high hopes that he’ll be in a position to follow through with this year’s Dragon Con!

Sure, it’s expensive – but this could be a once in a lifetime experience for you since this Dragon Con will be his last, so we say: worth it. For only $350, all this can be yours… not to mention the memories you’ll make with the man in large part responsible for who we are as geeks and nerds, “The Real Stan Lee.” 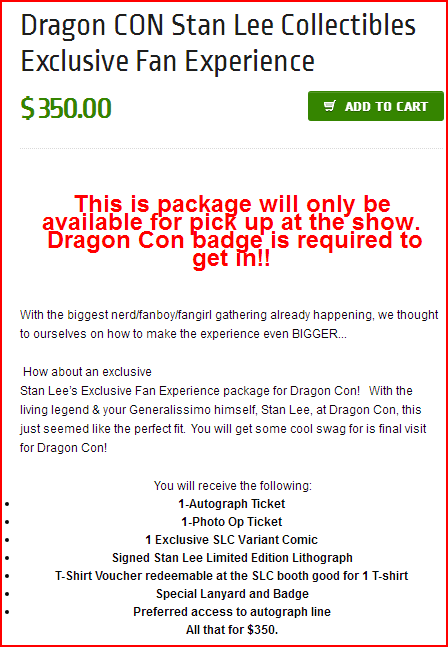 Click here to get yours, while supplies last. (Dragon Con has noted this to be “VERY limited.”)