Last week, a Nerdy Minds writer penned an opinion piece regarding Jeremy Renner and Chris Evans jokingly calling Black Widow a slut and a whore. It stirred quite the controversy in the geek community. As with all controversial topics, we like to pass the mic to our readers or other writers so they might offer another perspective. Below is such a response from Nerdy Minds subscriber and Twitter user @sd71000. While he noted that “[he’s] no Spock,” his responses were intelligent and respectful, and Nerdy Minds is glad to make them heard.

In Iron Man 2, she seems to be presented as the woman every male wants, but there is little indication that she is interested in Tony Stark. In The Avengers, she has a discernible connection with Hawkeye, and it is apparent they have had at least a professional relationship, having been on a mission in Budapest together. There is a subtext there, but again, this is unclear. Again there seems to be a connection with Captain America in Captain America: The Winter Soldier, and it does seem that Black Widow is hinting at her romantic interest in Steve Rogers, but nothing happens beyond one kiss that was plot-related and not necessarily emotion-driven. 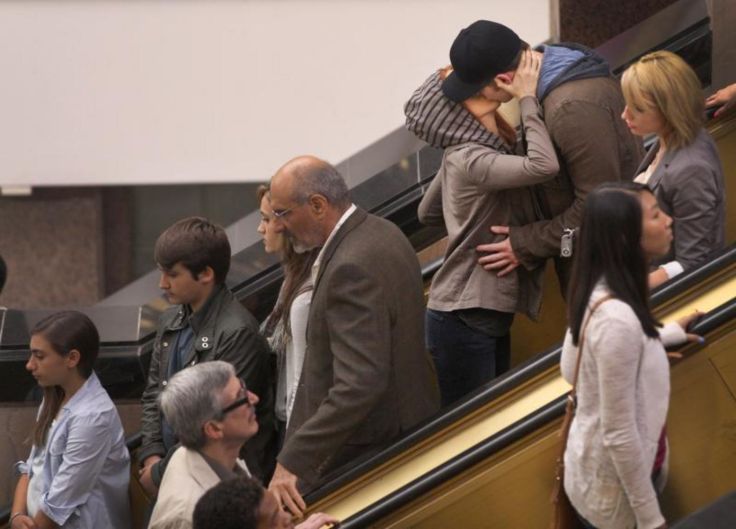 So, clearly, she fails to fit the definition of ‘slut’ or ‘whore’ by her own actions (that we know of) in the movies. So is it reasonable to think that Renner and Evans were seriously calling her those names with spiteful, sexist intentions? Probably not. Based on the context of what they were asked, they were responding in a joking manner, exaggerating the events in a sarcastic attempt at humor. It was in bad taste, but it was still sarcasm and should not be construed as a way to characterize either Renner or Evans as misogynists. At worst, it was bad judgment, and everyone has been guilty of a joke made in bad judgment.

In this era where every word is on the internet for all to see, one would hope that we can at least leave some room for error on the part of anyone. We don’t have to like it, of course, but we can at least give others the benefit of the doubt. Even assuming that Black Widow did take a sexual interest in every male she encountered in a Marvel story, the underlying problem is bigger than two actors making an off-the-cuff remark. The problem is rooted in a remaining societal double standard about women and men when it comes to sexuality.

There are many terms that are generally favorable to describe a philandering man (i.e. player, playboy, ladies’ man, swinging bachelor, etc.), but none that I can think of to describe a woman who has had many partners (i.e. slut, whore, skank, freak, etc.). This is not to assign the blame for the aforementioned remarks to society as a whole, as society did not say it but the two actors did. This is merely to point out that the reason for people being upset is bigger than two men in an interview.

All of that said, Black Widow is more than just her sexuality. She is cunning and tough, and very much an equal to her superhero teammates (with the exception of not having superpowers, of course). She is also apparently comfortable with her attractiveness and adds it as a tool to her varied arsenal. It gives her an advantage men do not have in certain situations.

Given that we’re talking about a woman who can clear out several guards from a secure facility in under a minute, it’s safe to say that Black Widow can take care of herself. She doesn’t need anyone to defend her; she’s likely heard worse terms thrown at her on her missions before. So if you want to show support for this character, perhaps the best thing to do is make sure you’re there when she gets her own standalone film, and read her comics, get to know and appreciate her as more than a sex object. I’m sure to many fans, and to me as well, regardless of what she has or has not done in a bedroom, Black Widow is a heroine, and worthy of being part of the Avengers. So let’s be proud of her and let her be who she is, and not worry too much about anyone who thinks otherwise.