—
A few years ago, “shadow” games were all the rage. Games like Limbo introduced a cool new perspective and showed that games can be amazingly good even if they are graphically simplistic. A couple of years later, a new spin on this minimalistic gameplay was announced. Compulsion Games was developing a progressive new game where the player could shift in and out of shadows, giving the player an open-world experience in the three dimensional world while creating a classic platforming environment when you enter the shadows and use objects in the real world and the lights placed around you to allow you to reach new areas. The game was titled Contrast.
— 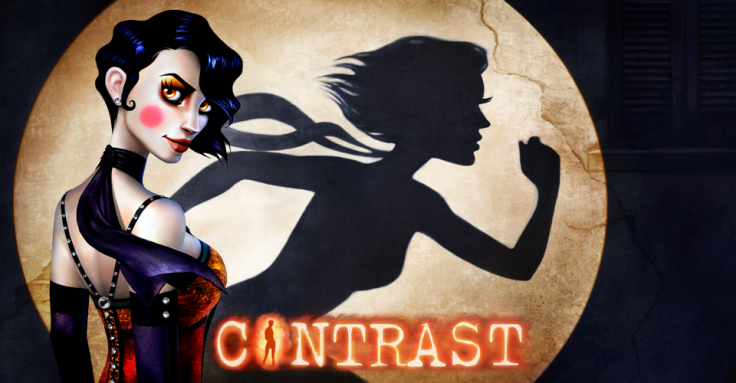 —
What made the game even more appealing was that it was set in a cool vaudevillian noir-style 1920s filled with cool atmosphere and an amazing soundtrack. Vintage-style singer Laura Ellis gave one of her songs to be used in the teaser trailer, and the positive reaction from gamers was so overwhelming that Compulsion brought on Ellis to sing for the game itself. In all, she recorded two tracks specifically for the game’s soundtrack, Kat’s Song and House on Fire.
—


Turns out, her voice is so sultry that YouTube auto-set it as being NSFW and won’t let us change it…even though there is nothing NSFW about the above video.
—
Kat’s Song (Kat is the cabaret-singer mother of the game’s main character) is a cool jazz tune that immediately brings to mind images of a cool 1920s evening with nightclubs advertising the best in entertainment on every corner and vintage cars rolling by on the streets. It sits somewhere between slow dancing with your dame and relaxing in a cushioned armchair slowly smoking a cigarette.
— 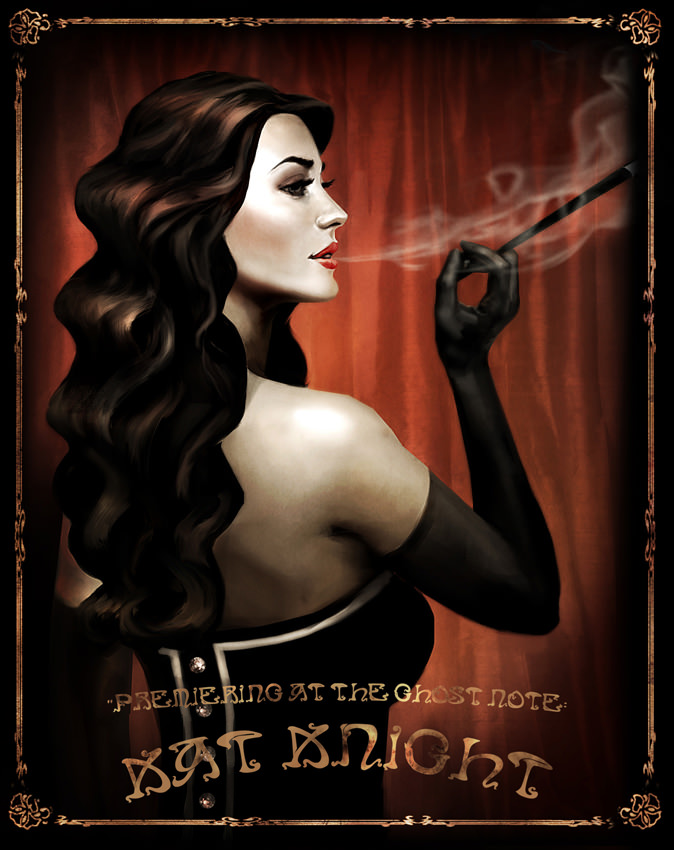 —
House on Fire is the exact opposite. From the moment the song begins, the subtle piano and sensual vocals pave the way for the song to explode with energy only a few moments later. The song never slows down, becoming more and more energetic and fun as it progresses. The “House on Fire Scene” in the game itself is probably the most iconic thing to come out of the game, showcasing the shadowplay as well as the authentic atmosphere and environment, three things that set this game apart from others in its genre.
—
Laura Ellis isn’t just the voice behind these songs, though. She’s a true-to-the-era performer in her own right, putting on shows that are as authentic as she can make them. Perhaps her most ambitious show is her “Femme Fatale”, a stage show that mixes vintage film footage with her own noir-style narration and classic singing voice.
—
We were lucky enough to talk with Laura about her love for the 1920s era, her experience recording for Contrast, and her own unique performances. Check out the interview below, and we can almost guarantee that you’ll either be playing the game or purchasing her albums by the time you’re done.
—

—
As if that weren’t enough, she’s a little bit of a nerd too! After reading a few of our posts on “geek parenting”, Laura proudly sent over an adorable picture of her own little geek family as Iron Patriot, Pepper Potts, and mini-Iron Patriot for Halloween. Maybe she could be on the next Iron Man soundtrack?
— 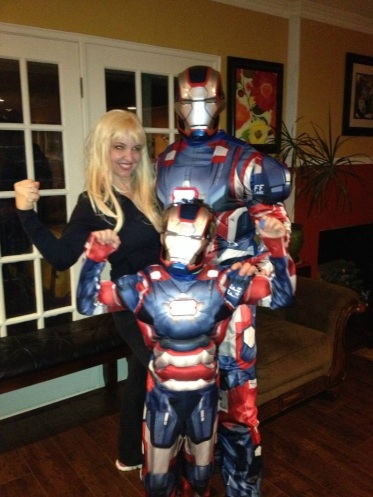