A film based on a television show has a lot of things going against it right out of the gate. People who haven’t seen the show might be less likely to see the movie, thinking that they’ll be confused without knowledge of what came before…but if the movie is made in such a way that newcomers can watch it and understand, “old school” fans of the series (we call ourselves Marshmallows) might get upset that their favorite show was watered down for the big screen.

Funded by fans, we present to you Veronica Mars, a movie that has been longed for since the show was cancelled without any real ending. Now, Veronica Mars fans are particularly rabid (in a good way), and that means that they expect a lot from this movie. They’ll support it, at least until they see it (if it isn’t all they hoped for); of course you’ll have the extra-rabid Marshmallows who will love and support it regardless of its quality (love is blind), but the trick is to please all of those people that have such strong opinions on all that is Neptune, California and its notorious residents…all the while also trying to make it accessible to newcomers. It’s a tall order!

We had the opportunity to see an advance screening of the movie, and let’s just get this out of the way: It was amazing. If you’re completely unfamiliar with Veronica Mars and company, then this is a good jumping-on point. They don’t dwell too much on the events of the series, thus making the series something you can go back to and watch and enjoy after having seen the movie (you’ll want to). The movie opens with an introduction covering the essentials of who Veronica Mars was when we met her 10 years ago and how she became that person (all stuff you learn in the first episode of the series); then it lets on to the fact that she’s not that same person anymore. There are subtle references throughout to times past–largely in the form of cameos from former Neptune High attendees; the movie does take place during a high school reunion after all. They don’t take away from the story, nor are they confusing. We hate to say it because we were Browncoats before we were Marshmallows, but in this way at least, they accomplished something Joss Whedon’s Serenity did not.

Reason number one you should see this movie immediately? To avoid spoilers. Because they will happen. Rob Thomas (creator) has begged those of us who have already seen the movie to keep spoilers off the net as much as possible…and we will. But we can’t make promises for anyone else.

In case you’re one of the uninitiated, here’s a quick (spoiler free) rundown of the series, as it’s presented to us at the beginning of the movie. Veronica Mars is a high school student whose best friend was murdered. Her father, the sheriff at the time, eventually leaves office and becomes a private investigator. Veronica joins her father, learns the tricks of the trade, and entertainment ensues as she becomes known as the Nancy Drew of her high school, helping her fellow classmates (and sometimes even the local sheriff’s department) solve their many mysteries.

Fast forward 10 years to the movie. Veronica Mars has left her hometown of Neptune, California (Neptune. Mars. Get it?) and moved to New York where she’s become a lawyer. But we all know how these types of movies go… She gets roped back in and returns to Neptune to help former flame Logan Echolls try to beat a murder rap. In the midst of the drama, she’s kidnapped by her best friends from high school and “tortured” by being forced to attend her high school reunion. And it’s everything you’d expect.

This movie has something for everyone. There’s romance, there’s action, there’s mystery, there’s spying, there are conspiracies, and there’s humor. Lots of humor. This movie definitely has its ties to the TV series, but it stands on its own. While Veronica has “TV Series Moments”, she’s definitely not the same person she was back in high school. This is far less teen drama than the series was, though there is still enough left to please those of us who prefer to watch only teen dramas.

As for how this movie plays for long-time fans, it’s everything you’d want. There are infinite little references to Neptune happenings past. There are bits thrown in from all three seasons, and some of those bits are things we’d bet you’ve forgotten about. We did a series rewatch leading up to the premiere of the movie, and even we had a few “Oh yeah!” moments. There’s even a nod to TV show fans as Veronica opens a shoe box full of her old spy stuff, stuff you’ll definitely recognize.

Then there’s the cast. Of course the “big players” are there. Veronica, Keith, Weevil, Logan, Dick, Mac, Wallace and even Piz all return. What was surprising to us was how many minor characters showed up. We won’t give any away, but you’ll see side characters that you instantly recognize and know by name. You’ll also see side characters that seemed so insignificant in the series that it’s a total surprise to see them return in the movie. They were also able to snag a few non-Mars stars to play a few roles, and one in particular will have you laughing the moment he or she comes on the screen.

The movie holds a solid PG-13 rating (which the movie even directly and hilariously references). That means that there’s language that is, to be fair, more believable but also stronger than we saw in the show. There’s even an “F Bomb” thrown in for good measure. It’s tasteful, though (sort of). It’s not over the top, and the foul language falls in places where you’d expect it to, not everywhere Rob Thomas could squeeze it in.

This movie raised about five million dollars via Kickstarter, and it shows. There are several different locations (sorry, no reunion in space) and even some expensive special effects. Loud noises are seen, not heard, and violence is shown crystal clear rather than in the wavy, hazy, flashback filter that the show used. 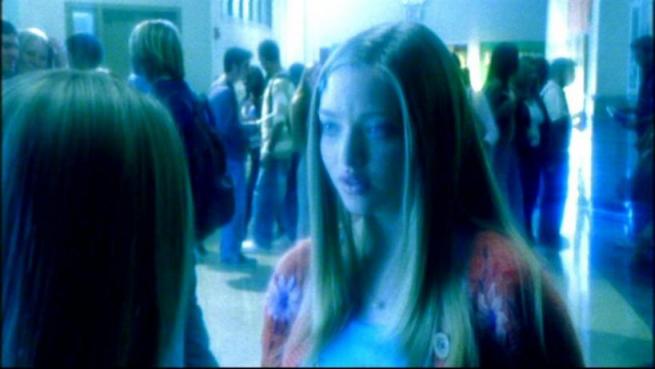 So, why should you see it? If you’re new, it’s a fun young adult crime drama with lots of humor, a plethora of pop culture references, and some solid plot twists. If you’re a veteran, it’s a chance to see old friends and enjoy that classic Veronica Mars vibe. The movie will keep you guessing until the end. You’ll laugh; you’ll cheer; you’ll be shocked, horrified, excited, nervous, and a whole slew of other emotions.

Be sure to keep an eye out for a particularly amazing cameo dancing away on-screen, someone who should be familiar to everyone, whether you’re a Veronica Mars fan or not.

But seriously, folks… What do you think of the movie?

Stay tuned to Nerdy Minds on Facebook and @NerdyMindsMag on Twitter for even more nerdy news, deals, top 10s, reviews, and interviews (etc.) coming soon! You can even subscribe to have each new post delivered straight to your inbox; simply scroll to the bottom of the page (yes, all the way down) and opt in (it’s easy and totally worth it so you’ll never miss another post)! And we won’t totally hate it if you share/tweet/stumble/tumble/pin/post to Reddit (etc.) our stuff (it helps keep us on the web, so thank you in advance)! If you’d like to write something to have published on our site or if you’d like to see us cover something specific, you’re encouraged to take a quick look around to see if we’ve done it already…then contact us with your ideas! We’d love to hear from you!