A new series, Killer Women, premieres tomorrow (Tuesday, January 7th) at 10/9c. Walker, Texas Ranger meets Veronica Mars. Killer Women “centers on Molly Parker (Tricia Helfer), the only woman in the notoriously male Texas Rangers, a ballsy, beautiful badass who knows how to get to the truth and isn’t afraid to ruffle a few feathers on her way there.” The previews set it up like this:

“To find America’s deadliest female killers, you need a ranger with a woman’s touch.”

That sounds like a chick fight TV series to us, but we’re hopeful for something with a bit more depth in kicking tail and a little less hair pulling.

No stranger to geek culture, Tricia Helfer kicks serious tail in everything she does. Ranging from Black Cat (Spider-Man) to Number Six (Battlestar Galactica), Tricia is definitely one killer woman in a man’s world.

Marc Blucas (Buffy the Vampire Slayer) portrays Molly’s love interest Dan Winston. “A handsome, Ivy League-educated DEA agent, Dan came to Texas to get away from big city life. His career and personal mission now is to take down the drug cartels that plague Texas and its borders. His wit, intelligence, captivating smile, and kindness toward Molly and her family attracted her at first sight. On his part, he never felt any desire to settle down with a woman – until Molly Parker came along. Together they are hot, both in the bedroom and in pursuit of criminals. If Molly can trust any new man in her life, it is Dan.” From his two seasons on Joss Whedon’s cult TV series Buffy the Vampire Slayer, Marc is no stranger to loving a lady more hardcore than he could ever be, and falling in line behind her. 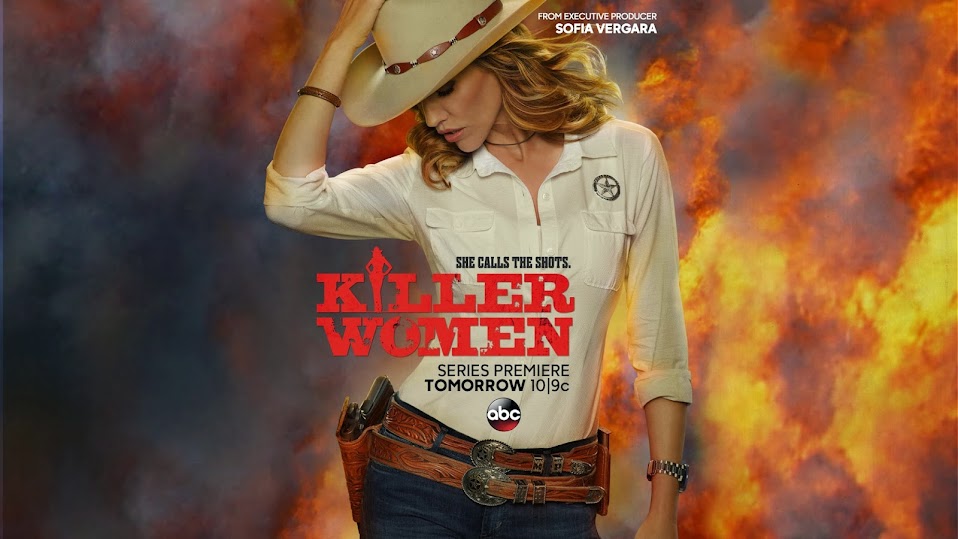 Also starring Michael Trucco (Battlestar Galactica and briefly Castle). Will you be falling in line behind this killer woman? Series premiere tomorrow (January 7) at 10/9c.

Got an opinion? Let us know in the comments!

Oh! And please tell your friends!