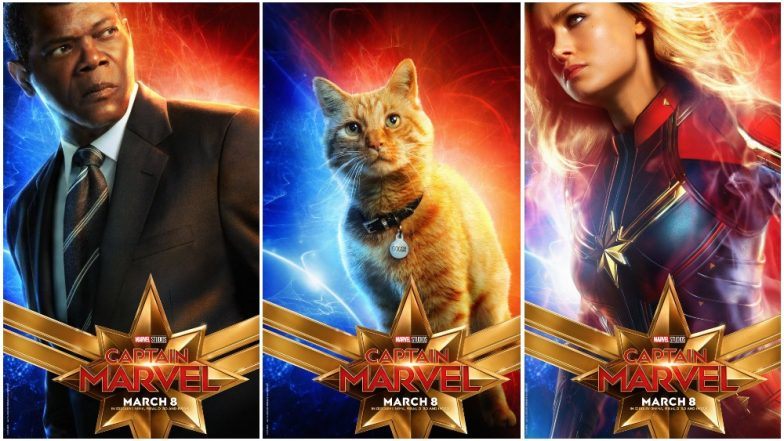 When the social media reviews started coming in for Captain Marvel, they were overwhelmingly positive. The hype and excitement coming from Twitter only fueled my own excitement to see the movie. Then the full media review embargo was lifted, and suddenly all of that positivity was overshadowed by negative review after negative review. It made me wonder what had changed, but it also made me a little nervous. Could this really be Marvel‘s first flop? I knew it wouldn’t be a financial flop as Marvel’s spent ten years building a loyal fanbase, but would the movie be remembered as Marvel’s first female-led film and also their biggest failure? Still, Marvel had never let me down before, so I went into the movie optimistic.
It turns out that I should never have doubted. No, Captain Marvel isn’t my new favorite Marvel movie, but it’s solid and a lot of fun. Now I can understand a lot of the apprehension. It’s not the same fun that a lot of other Marvel movies are. This is no Guardians of the Galaxy or Thor: Ragnarok. It’s not full of the witty banter that we’ve grown accustomed to even in the darkest of movies. It honestly feels like someone wrote this film in the 90s and then held onto the script for 25 years. This sort of nostalgia metagaming is part of what gives Captain Marvel its charm. Seeing Nick Fury with both eyes leaves you in a constant state of wondering when he will lose it. Having seen the pager he uses at the end of Infinity War to summon Captain Marvel makes you look at every piece of antiquated 90s technology a little more closely. There’s a lot of anticipation in this movie because we know what comes after.
I’ve read reviews complaining that Captain Marvel doesn’t tie into the greater Marvel story, but I’d argue that it’s this anticipation that ties it in. Sure, how Fury lost his eye (or why he’s called “Fury” instead of “Nick”) isn’t exactly earth-shattering information like how Spider-Man goes on to have his own movie after his gut-wrenching death, but it’s a little nugget that Marvel decided to share with us. Without spoiling too much, though, I will confirm that an infinity stone does appear in the movie. Its appearance fills in a pretty wide gap and explains how the stone ended up where we last saw it before Thanos acquired it. I’d say  that following an infinity stone and showing how Nick Fury was able to call Captain Marvel for help tie Captain Marvel pretty tightly to the overall MCU.
Captain Marvel definitely wasn’t what I was expecting, though. Whether it’s Thor, Captain America, or Ant-Man, Marvel has a pretty standard formula, albeit one that works. In addition to the wit mentioned above, the stories are generally pretty standard hero fare. The story follows the titular hero as he stands out above the rabble and rises to save the day. Captain Marvel doesn’t start that way. When the movie opens, Captain Marvel (known as Vers to the Kree) is just an average soldier. Sure, she’s part of the Kree army, but there’s not a lot that sets her aside from the rest of her fellow soldiers. To be honest, the first act of the movie plays out more like a standard sci-fi film than a superhero one. There’s an intergalactic war raging, and we are following one troop of soldiers on the “good guys” side. About twenty minutes into the movie I found myself realizing that I actually didn’t know what was going to happen. This hasn’t happened in a long time. I’ve always KNOWN the Winter Soldier was coming or that Thanos was going to try to take the next infinity stone or that Whiplash was going to try to kill Tony Stark.
Captain Marvel isn’t what you expect, and that’s what makes it great. It was nice to buck the superhero formula for one movie (even if it was in order to borrow from the 90s action movie formula). The movie was great, the character dominates, and Thanos won’t know what hit him.