This just in: Supernatural star Jared Padalecki, who portrays Sam Winchester on the show, must be a believer in the old cliche of “good things come in small packages” and totally “[doesn’t] mind having a small penis.” Or so says the prankster who nabbed his phone.

Likely while Jared was filing new, exciting Supernatural Season 13 scenes, his phone was “stolen” by a castmate* who did what we all love to do but hate having done to us and tweeted something embarrassing (read “hilarious to the 15 year old boy we all are at heart”), and the internet a. lost it, unable to contain their laughter and retweets, and b. blamed Misha (Collins, who portrays Castiel on the show). *castmate, above, autocorrected to castrate… coincidence? 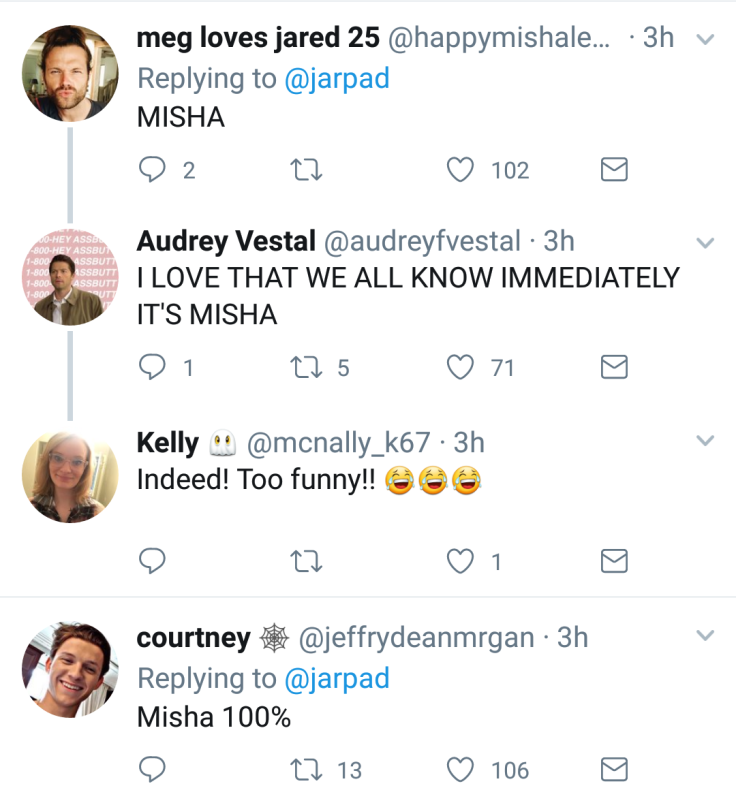 Although there are the few who think it’s Jensen (Ackles, who portrays Dean Winchester on the show), but that always gets brought back to “but probably Misha… so maybe both.” 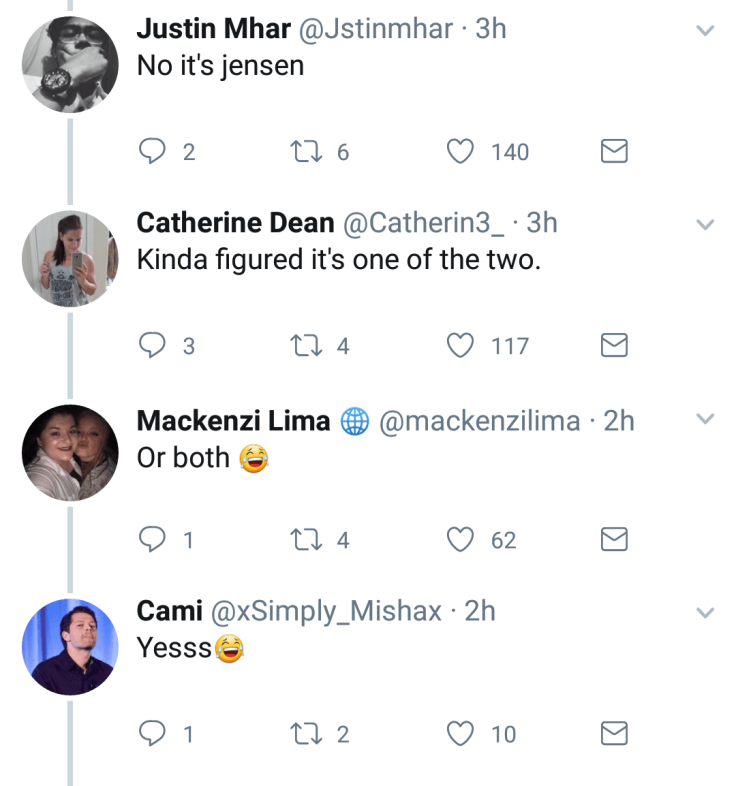 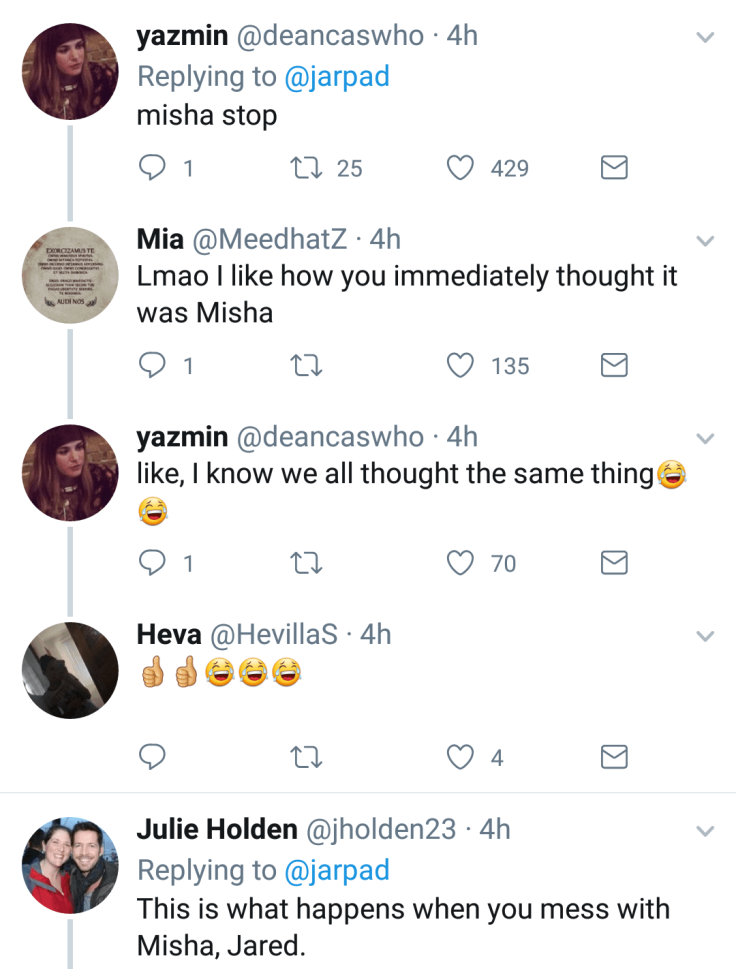 Although, Jensen was kind enough to retweet to help boost the signal and offer some… friendly… advice (is that what this is called?); and so far he is the only castmate to acknowledge the tweet.

So who can know for sure? This story, much like Jared’s [allegedly] small package, is still developing.

Update: This tweet was deleted around 5am PST and replaced with this one. GODSPEED, Misha… 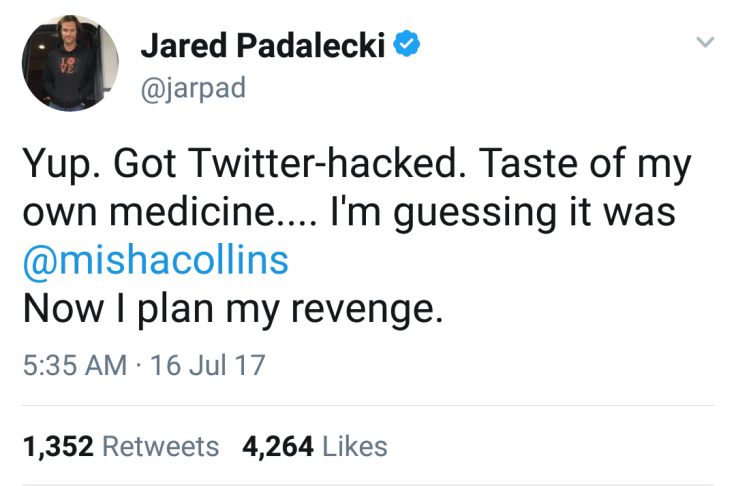