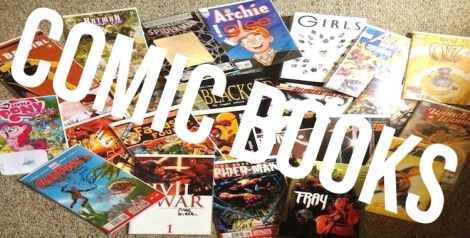 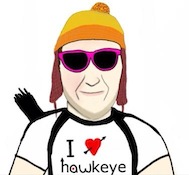 Hello, comic friends! I am here to discuss comics that will be released this Wednesday, February 26th, 2014.

The Guardians of the Galaxy #12

“‘THE TRIAL OF JEAN GREY’ PART 4! A surprise ally from one character’s past comes to help, but is that enough against the most powerful army in the Universe?”

The X-Men and Guardians of the Galaxy in one crossover event?? I’m sold!

“The brothers Barton double down against the bad guys as the Clown lays siege to their building. Can Hawkguy keep everyone safe against a killer nobody’s even seen yet? What happens when you’re locked up with your loser big brother for like a week straight? You go nuts, right? Clint goes a little nuts. Plus…two free staples!”

This series has broken off into two separate character stories. Every other issue it switches between Clint Barton, the male Hawkeye, and Kate Bischop, the female Hawkeye. Anyone following this series was treated to issue #16 last month, because the Clint-centric issue wasn’t ready until this week! 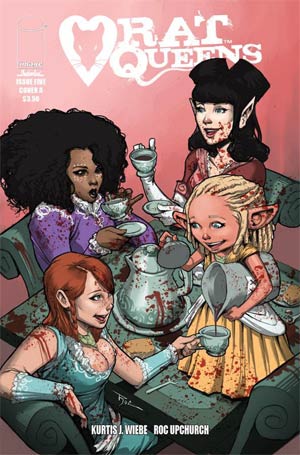 “Gold, Guts and Grog,’ Part Five. Well, Palisade has seen better days. It stinks like orc blood. There are bits of troll all over the place. Worst of all, the famous booze ship, Drowned Sorrows, sank to the bottom of the harbor in the attack. This era of Palisade will forever be known as THE DRY SPELL.”

Serenity: Leaves on the Wind #2 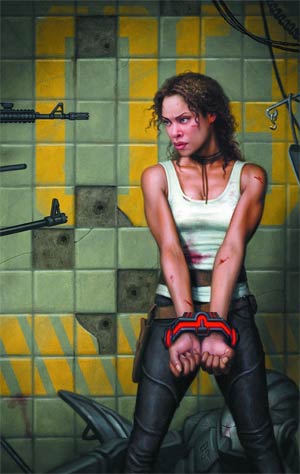 “Forced out of hiding, Serenity’s crew gets separated, and it becomes clear that everyone looking for the outlaws is on the verge of finding them. River offers to uncover the secrets that are hidden within her in the hope that the crew might have something to bargain with. Buffy’s Season 8 and 9 artist conquers the galaxy! Zack Whedon returns to Serenity! The story finally continues after the film! Executive producer: Joss Whedon!”

Last month’s debut issue of this new mini-series just blew me away. I laughed, I cried… and I had zero complaints. This comic drew me right back where we left off at the end of the movie, Serenity, and it’s no question this is the top comic book on the subscription list in my heart. 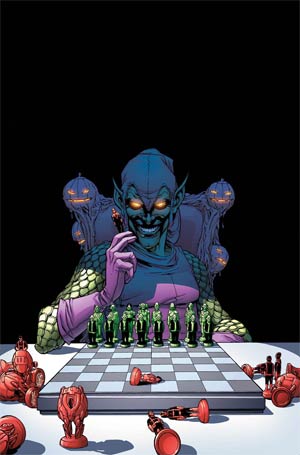 “‘Goblin Nation’ #2 (of 5)- Goblins! Spiderlings! Super villains! Giant robots! It can only mean one thing: ASSAULT ON SPIDER-ISLAND! If you want to see people standing around talking, read another comic. Want to see heroes having a fist fight, go somewhere else? You are IN the GOBLIN NATION and this is ALL-OUT WAR!”

This series has continuously entertained me and I feel appreciative to be reading this ground-breaking creative book. 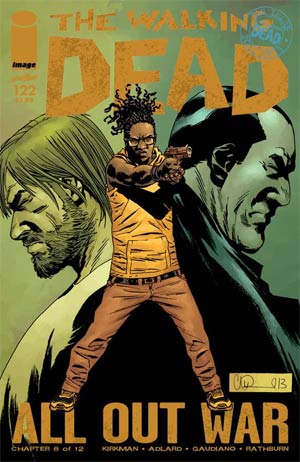 In just eight days, I was able to catch up on ten years of comics I have never read before. I started by watching the show when it originally aired but never felt an attachment to any of the characters, so I would only tune in once in awhile and eventually stopped watching. I had no actual complaints with it, I just had other things to do.

I have always wanted to read the comic book, and when I set my mind to it, I couldn’t stop reading and now here I am… brand new issue… and for the first time, it’s brand new to me! I love this series.

I restarted the tv show from the beginning, and I am wrapping up season 3 right after I write this post. So, in two week’s time, I have caught up on 14 collective years of The Walking Dead… and it’s amazing.

“‘THE FALL OF THE FANTASTIC FOUR’ PART 1- The world’s greatest comics magazine begins anew with Marvel’s First Family, the Fantastic Four! But as the brilliant MR. FANTASTIC, the compassionate INVISIBLE WOMAN, the ever lovin’ THING & the hot-headed HUMAN TORCH embark on a strange mission, they aren’t met with new beginnings, but an untimely end! As the family of cosmic explorers head towards their darkest hour, who could possibly be behind their downfall? And how is one of their oldest enemies, the sadistic dragon known as Fing-Fang-Foom involved? Prepare for the fantastic!”

It’s been awhile since I’ve followed these characters, and since I am substituting everything in my life for more comic books, I am excited to get a fresh start and hopefully stay attached.

With the announcement of the new movie to come out next year, I am extra excited for this book. I am very excited for the new cast and happy to see these characters back on the big screen. Plus, I am a fan of the previous two films, so the more Fantastic Four in my life, the better.

“With a government contract on the table in exchange for their pardons, Nate and Ed open the doors of their social networking company, YourLife, to the CIA to continue their operations in Tunisia. However, Ed may already be thinking a few moves ahead of them all, with bigger, more dangerous plans for sve_Urs3lf.”

I picked up the first issue last month because Alyssa Milano’s name was attached on the creative team. It was interesting enough to get me to purchase this issue, but if nothing clicks here, I’ll drop it after this.

A gigantic week of new books for me… which makes me the happiest person in the world.

My podcast, Ant On, is available on iTunes (with a link below this post), and I do several episodes focused 100% on comic book previews and reviews. I also do a comic book segment on my first podcast, AB Conversation, in which I will highlight just a few of the books, leaving reason to check out the Ant On Comics podcast as well for the full feature. The AB Conversation covers movies, television, comics, video games, food and the internet every Sunday morning.

My podcasts on iTunes: “AB Conversation” & “Ant On“
My podcast websites: http://www.abconversation.net & http://www.antonpodcast.podomatic.com
My film-making website: http://www.bartonheights.4t.com
My Twitter: @anthonylaatsch