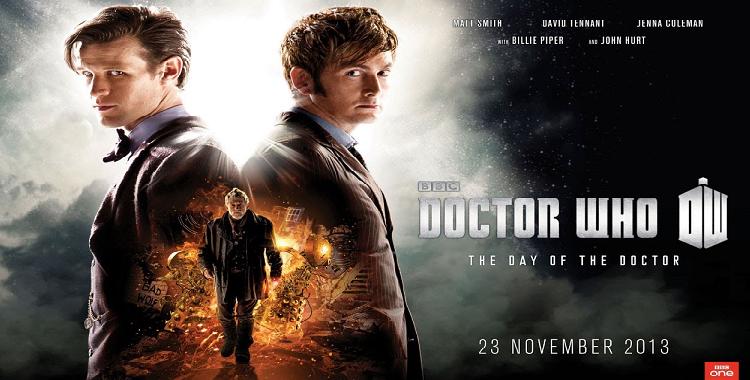 On the Fields of Trenzalore, at the fall of the Eleventh, when no creature can speak falsely or fail to answer, a question will be asked — a question that must never ever be answered.

The first question. The question that must never be answered. Hidden in plain sight. The question you’ve been running from all your life.

We’ve been waiting to discover just what was meant when the Doctor was warned at the end of The Eleventh Hour that the Silence would fall. Then we were told that about the Silence falling, the fall of the 11th, and The Question throughout the 6th season of Doctor Who. The 7th season built us up to The Name of the Doctor with the anticipation of seeing Trenzalore at last as well as seeing just what all of this was about.

We finally went to Trenzalore, but we left with more questions than we did answers. We now know who, or rather what, Clara is; we don’t know (thankfully) the name of the Doctor, and, if that was indeed the asking of “The Question” that we witnessed, there was a distinct absence of either the 11th or the Silence falling. Indeed, the Silence were nowhere to be seen.

We also left with the last image of that season being a grizzled John Hurt stepping out of the shadows and being introduced to us as The Doctor. 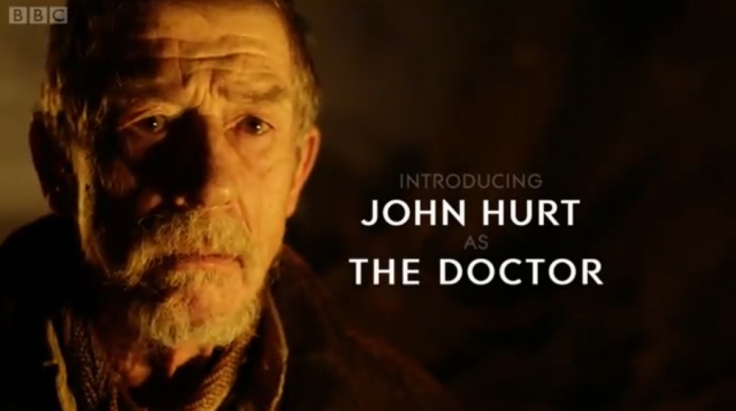 Although, as Matt Smith’s Doctor seemed to imply, Hurt’s is a Doctor who does not carry the name “Doctor” after failing to live up to the promise of the Doctor’s name. But here’s a fun question. Did he give up the name after failing or because of his nature to begin with? More on that in a moment.

So, where does that leave us now? Well, we’ve been speculating like mad with nary a real clue since the credits rolled. We received some clues in the form of teaser photos released to the public about a week ago now, but they really don’t tell us very much.

So now we get this. The Brand new trailer for The Day of the Doctor.

And what does this tell us? Not as much as we would have hoped. It does look like it requires more than a few viewings however. I did spot little clues (or little red herrings) scattered throughout the short trailer.

It seems like they’re playing a lot of this very close to the vest. My hunch, and that’s all that it is, is that this is because of Hurt’s character. 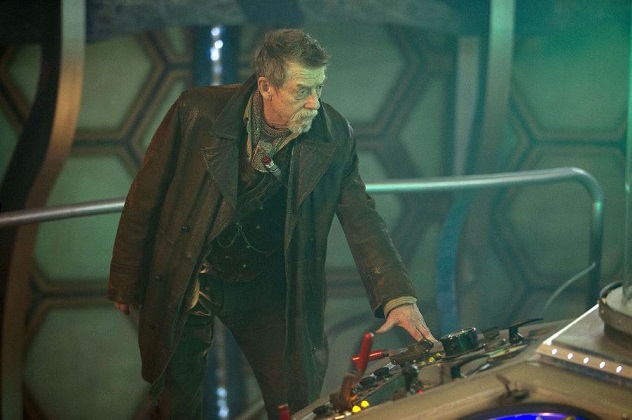 The BBC released a few photos last week as teasers for the upcoming special. An interesting bit with the photos that has been noted elsewhere is the absence of references to Hurt’s character as the Doctor. David Tennant and Matt Smith are clearly identified as the Doctor, but not Hurt. Was it just a simple screw-up? Maybe, but, again, we were told by Smith’s Doctor that Hurt’s character did not live up to the promise of the name.

Speculation about just who (or Who) Hurt is has been rampant since the end of The Name of the Doctor. Some of it has been pretty far out there continuity-wise. I’ve seen everything from the interesting (a future regeneration from way down the line) to a bit unusual based on his clothing (an alternate version of Christopher Eccleston’s Doctor that never regenerated into Tennant’s Doctor).

My theory on Hurt’s character so far is that he’s a much aged version of Paul McGann’s Doctor.

We know very little about his Doctor’s time outside of the unofficial Big Finish stories, so we don’t know how long he traveled or how he met his end. We also know that in Christopher Eccleston’s first episode, Rose, he had just regenerated and not even seen his own face until seeing it in the mirror. We can also hazard a guess that the Time War was a relatively recent event, however one would work that out with an event involving time travelers, as references in the first episode seemed to indicate as much.

Many fans have speculated over the years that McGann’s Doctor’s last act was ending the Time War. The assumption there being that it was also an act of sacrifice that led to his regeneration into the Doctor we meet in Rose. It was a theory that certainly made sense.

But what if he didn’t regenerate at the end of the Time War? What if, after committing genocide against the Daleks, the Time Lords, and a host of others, he simply went into a self imposed exile? The Day of the Doctor could end with giving us two regenerations; Hurt to Eccleston off-screen and Smith to Capaldi on.

But here’s an even wilder (and crazier) thought. What if Hurt’s Doctor, the Doctor that took it upon himself to end the Time War in the way he did, wasn’t a Doctor we’ve seen before, but rather an existing version of the Doctor’s darker side? Could they be playing things so close to the vest with references to the upcoming special because most scenes with Hurt’s character might reveal too much about who he is?

What if Hurt is a character we’ve not seen in a very long time now? What if, rather than a Doctor, he’s a character that represents the Doctor’s darker sides from, as he was once described, somewhere between his twelfth and final incarnations? Could Hurt be the Valeyard?

Naaaahhhhhhhh. I’m sticking with my guess of him being an aged version of McGann’s Doctor. Guess we’ll all know in another month. The Day of the Doctor hits the airwaves November 23, 2013. The DVD and Blu-ray are also already up for pre-order with a December 10, 2013 street date.

So, Nerdy Minds… Are you excited?

What are your thoughts on John Hurt?

got a nerdy mind? Write about it! Take a look around to find out what we’re about, and get in touch! Keep up with Nerdy Minds by following @NerdyMindsMag on Twitter and liking Nerdy Minds Magazine on Facebook.