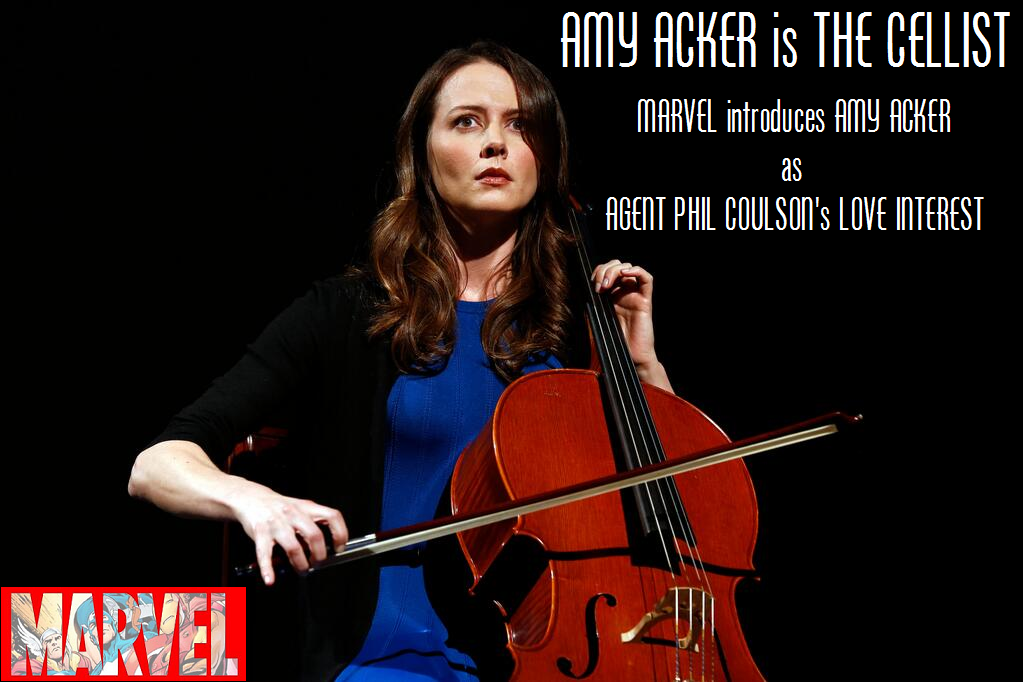 The news of Amy Acker being cast as Agent Phil Coulson’s love interest on Agents of S.H.I.E.L.D. couldn’t be sweeter for Joss Whedon fans. She’s been a fan favorite since first being cast in Angel…and again in Dollhouse…and then again in Cabin in the Woods and Much Ado About Nothing. Joss Whedon clearly loves him some Amy Acker… Apparently so does Phil Coulson. …and we do too!

Who could possibly steal Agent Coulson’s heart? The answer, it turns out, is Amy Acker.

What do you think of her look as the cellist in MARVEL’s Agents of S.H.I.E.L.D.? We don’t think there could be anyone better for the role. Now, here’s to hoping we’ll get to see her in upcoming MARVEL films on the big screen!

We’re still relatively new here, so help keep us on the web by liking our Facebook page, following us on Twitter, and sharing our stuff (Facebook, Twitter, StumbleUpon…wherever you think folks might appreciate it)! If you’d like to write something to have published on our site or if you’d like to see us cover something specific, you’re encouraged to take a quick look around to see if we’ve done it already…then contact us with your ideas! We’d love to hear from you!